Well I’ve been at it again – this time looking over the shoulders of the Monday morning group.

Are you comfy? Because this is a bit of an epic post and it’s still only a tiny glimpse of what goes on in the morning group which is large, enthusiastic and incredibly productive.

All this stitching is done over lots of laughter and chatting with the occasional pause for concentration over a tricky stitch or complicated bit of a design.

If you’d like a closer look at any of the work just click on the image to enlarge it.

In the previous post on Looking over Shoulders you saw the meticulous work Fran was doing to prepare the elements of an Alison Cole design called A Siennese Treasure. Elizabeth Braun of the sew-in-love blog commented and expressed an interest in seeing how this work progressed.

So here’s where Fran’s got to now: 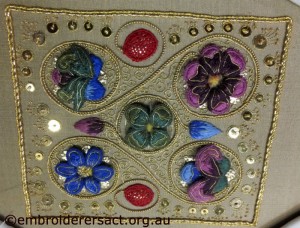 and a closer view…. 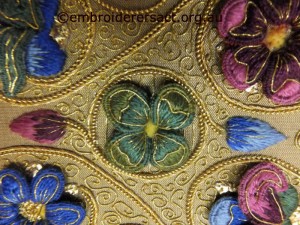 What do you think? Isn’t this exquisite?

and yes Fran goes to both the morning and evening group sessions because she’s our President.

We have the most amazing group of people who do awesome hardanger. They’re enthusiastic, active and happy to share their skills and knowledge with everyone including people like me who are complete newbies to this technique.

Here’s some of their work:

Evelyn B had just begun her piece and you can see the geometry of the counted work emerging: 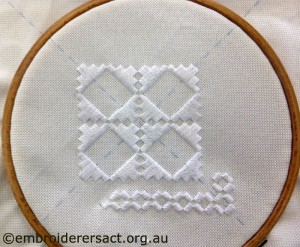 Avis had combined her favourite hardanger designs to create a piece that skilfully balances elegance and precision. Here are some elements of her design: 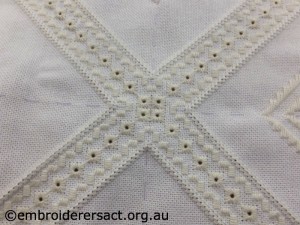 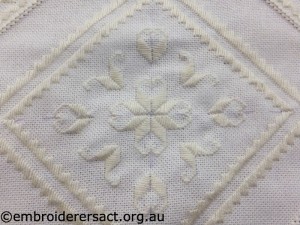 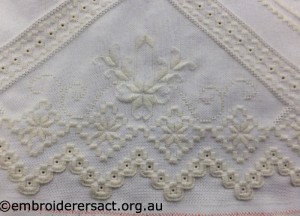 Doreen McG was working on this piece with a lovely repeat pattern of a flower motif: 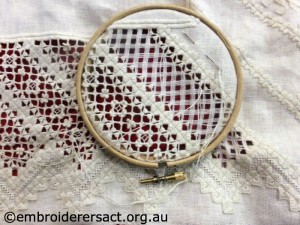 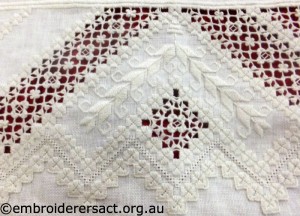 She makes it look so easy….

while Meryl F was almost finished this beauty: 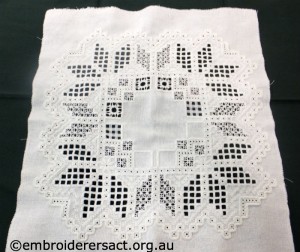 Sandra M was working on this delicate piece of Schwalm in a lovely soft palette of colours: 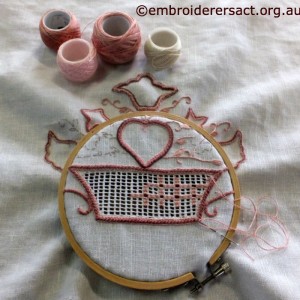 Val W was adding a real pop of colour as she knitted this jacket in angora wool: 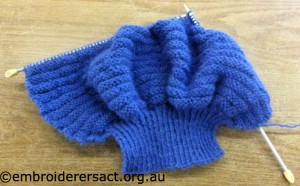 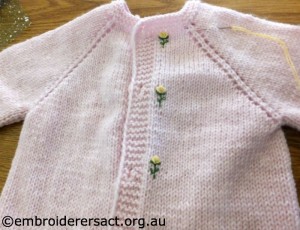 Now and then she’d also pick up this cross stitch and make some more progress: 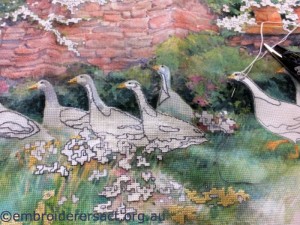 Talking of cross stitch Barbara B was working on this very striking flower pattern called Bloomtime: 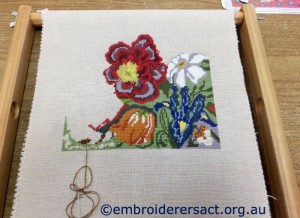 While Faye had finished this trio of birds (Goldcrests I think) designed by Valerie Pfeiffer. Her trick of adding beads for eyes really brought these little birds to life. 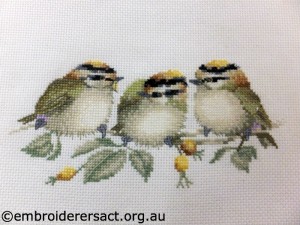 And Helen N transformed this small bunch of flowers into a neat biscornu: 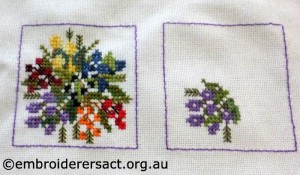 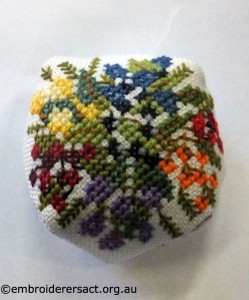 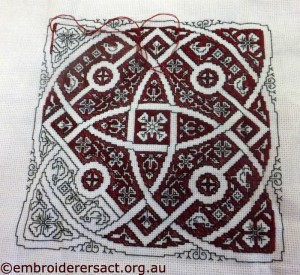 Floriana had been rummaging in her stash and found this cool vintage embroidery of a gondola. While she liked the retro look of the design she decided to add a modern touch with the fresh colours. 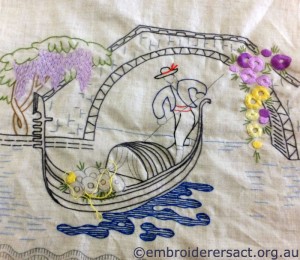 Diana C was also taking a vintage pattern from a 1973 Coates publication called Mix and Match in Embroidery and giving it a contemporary look with her choice of colours: 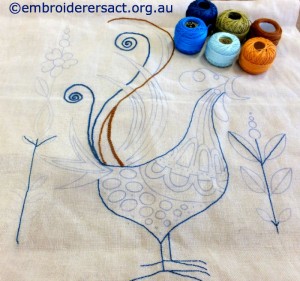 Jenny H was also using colours with a real pop in her stitchery: 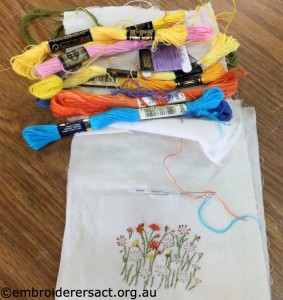 while Louise W had begun a delicate traditional embroidery bought on one of her trips to Germany: 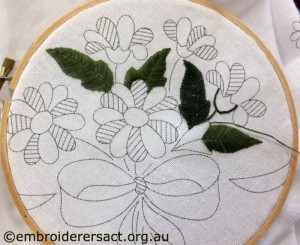 Anne D was shading this Roseworks bloom in subtle tones of red and pink: 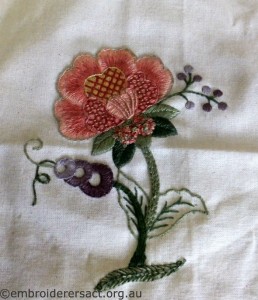 beside her Barbara A was stitching away at this design in shades of blue: 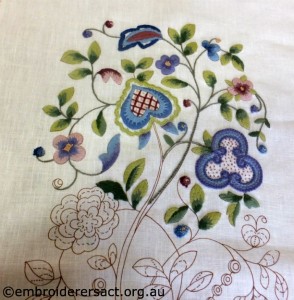 Creative use of fabrics

and on the other side of her Irene B was cleverly creating these teddy bear ornaments from a fabric pattern: 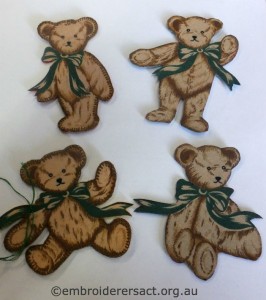 not far away on another table Dorothy R was sewing ric rac on this pretty butterfly block: 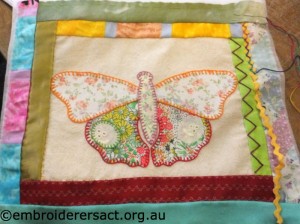 and Lynne B was working away at these hexies for a bed cover: 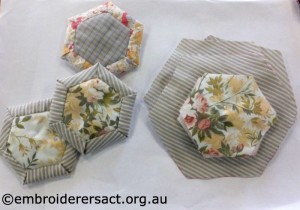 Meanwhile Lesley E had just finished one of her cute babywear sets of bib and vest embroidered with bees and eucalypt flowers. Watching her creating bullion bees, animals and flowers is like watching magic! 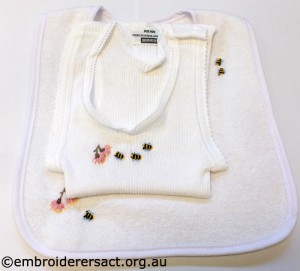