As promised, here is the second instalment on the fun and creativity at our annual stitching weekend.  The mother kangaroo and her joey were spotted on the lawns while we were outside at afternoon tea. 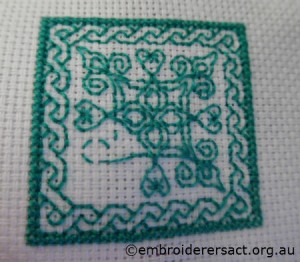 Susan Douds brought her Blue Wren, designed by Lesley Turpin-Delport, which Susan had started in a workshop at Beating Around the Bush in Adelaide.  In these photos Susan had just finished the ribbon embroidery and had started inserting some real “whispy” feathers. 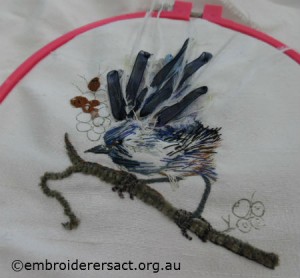 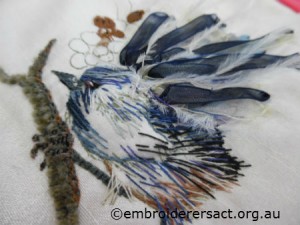 And here is the finished result, a spectacular example of mixed-media, dimensional embroidery. 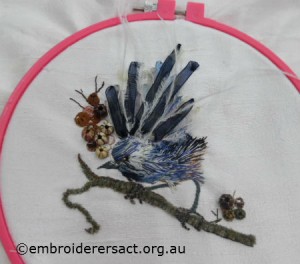 Sadly I didn’t manage to get a photo of the real blue wren (also known here as fairy wren) family that was playing in the bushes outside, so here is a picture from the CSIRO.  The girl is the dull brown, and the boy gets the fancy plumage!

Jillian Bath had brought in another Lesley Turpin-Delport design, Nesting Weaver.  If you’d like to find out more about this designer and her designs, click here. 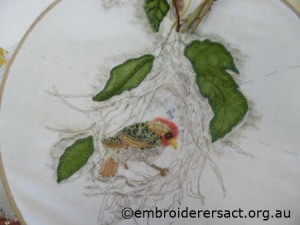 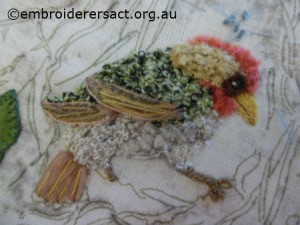 Jillian always seems to have a selection of lovely accessories with her whenever I see her.   Just how many do you have, Jillian?  Never mind, don’t confess anything… 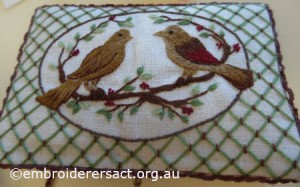 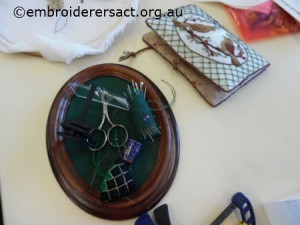 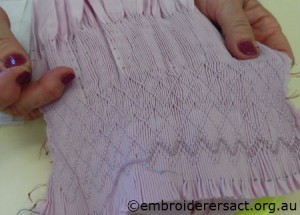 Liz Bell had moved on to some smocking 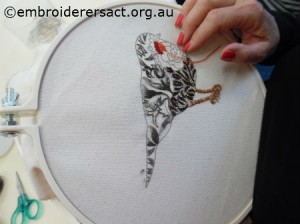 And Libby Williams was working on this Nicola Jarvis Studio design, a Morris-inspired crewel work 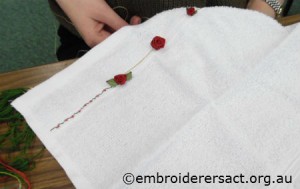 Towel with roses by Alice Keeley

Then Alice Keeley was busy working on small towels to become Christmas gifts.  Isn’t it lovely that ready-made rosettes combined with simple stitches create something so effective?

There was also plenty of Hardanger happening around the tables…

Lel Whitbread and Susan Coates were working on a project from Hardanger for the Horrified (great name!) by Jane Greenoff 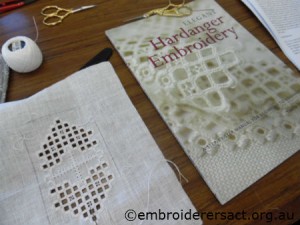 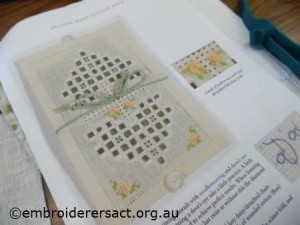 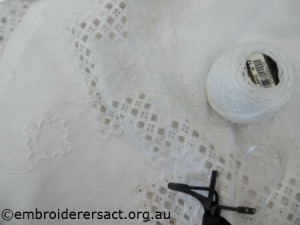 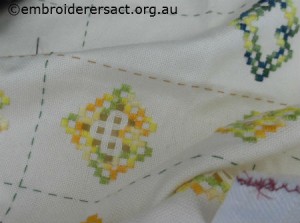 And some more Hardanger by Lesley Jenesen, Tina Korda, and Brenda Phillips 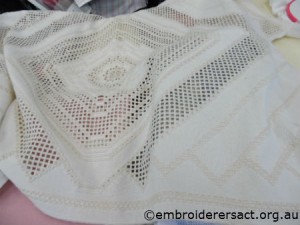 Margaret O’Beirne was working on a canvaswork kit Tuscan Midnight by Kathy Rees of Needlelights Originals. 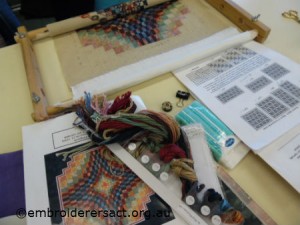 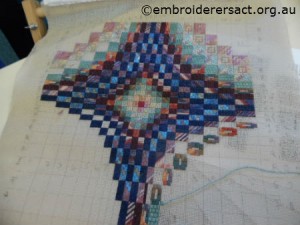 Kay Reid had brought in a canvaswork begun on her latest cruise. 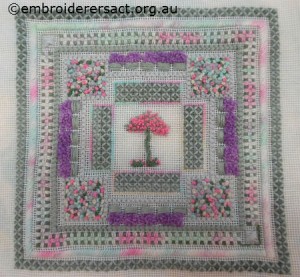 There was just so much going on at Greenhills, I think I’ll have to go on to a third blog, but finally for this one, just another taste of Ruth Ellis‘s fabric baskets. 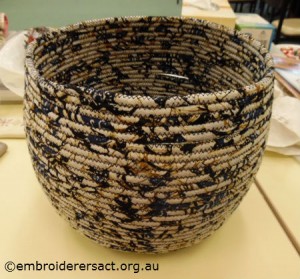 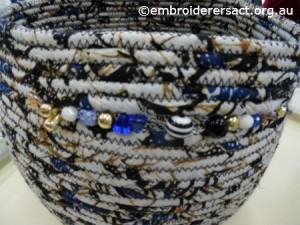 Have a great stitching weekend.