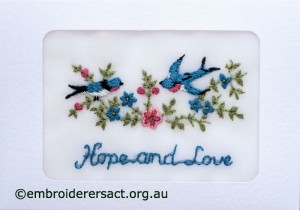 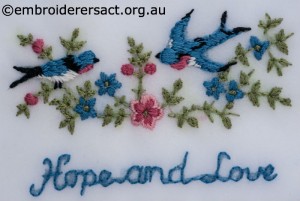 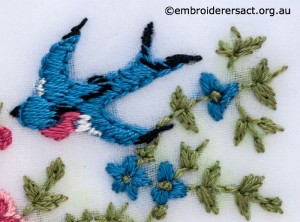 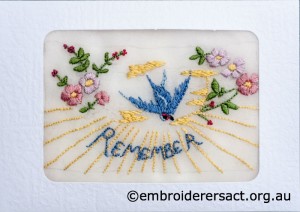 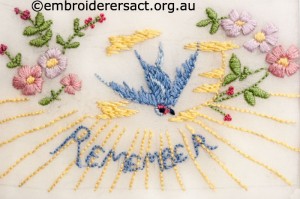 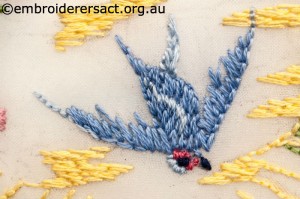 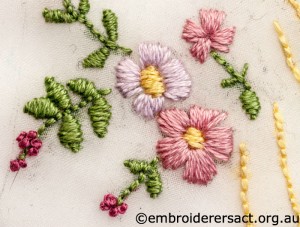 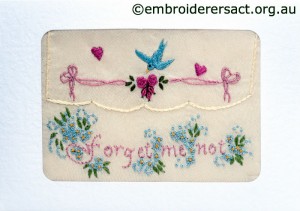 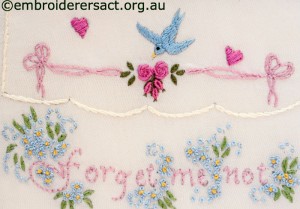 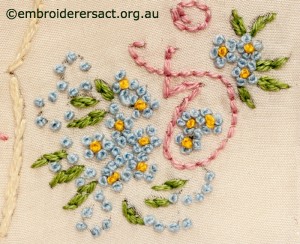 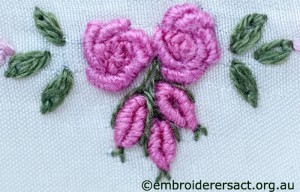 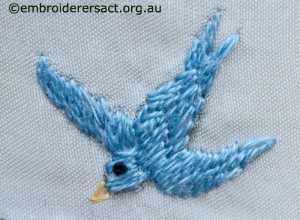 Here’s some more stitchy goodness from our 2014 Creative Challenge where members of the Guild re-interpreted WW1 Silks (postcards).

You’ve already seen Meryl Fellows’ beautiful stump work postcard here but the awesomeness doesn’t stop there. Meryl made four postcards and here are the other three:

The first has a tranquil, welcoming country scene….. 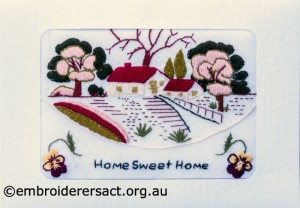 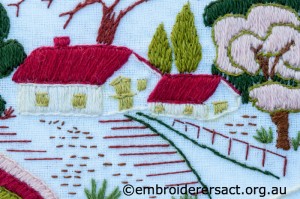 and here’s the heartsease close up….. 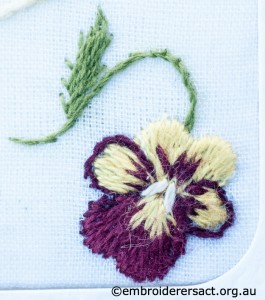 This next lovely postcard also evokes ‘home’ but the colours and style give it an oriental feel ….. 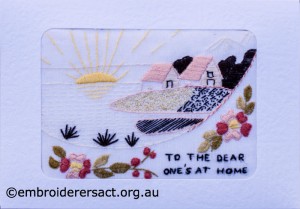 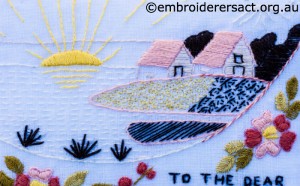 and Meryl’s fourth postcard is very Australian – an elegant beaded sprig of wattle….. 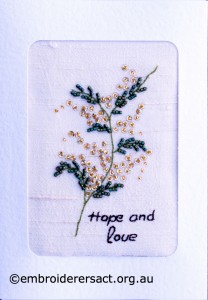 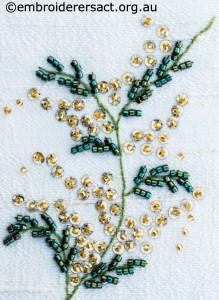 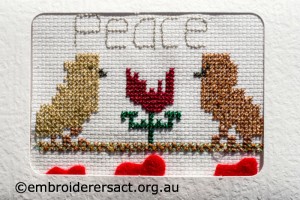 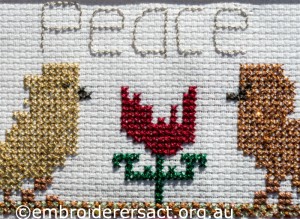 I really like the use of metallic threads and the hearts to give a pop of colour.

Evelyn has stitched a lovely postcard with a very vintage and delicate feel….. 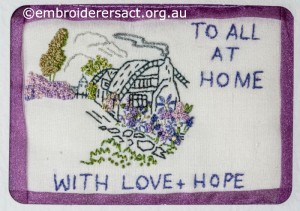 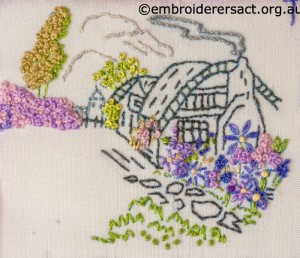 This postcard evokes the warmth and cosiness of a home full of love – I just want to walk through the garden and go in the front door and sit in front of the fire.